UNDECIDED FUTURE is an Urban Pop band from Southern California. Their influences growing up were Earth, Wind & Fire, Justin Timberlake and Bruno Mars among others, which helped them to create their own style of music. These beach city guys breath positivity and fun-lovin’ into their lyrics and stage performances. You can count on wild and entertaining performances from four Southern California beach guys, in their early twenties. 2019 winners of “The Young Entertainer’s Award” and 2017 winners of Ryan Seacrest’s global music competition “Best.Cover.Ever.” While filming the final video, Derulo called Matt Isaac the “The Sauce King” for his tremendous vocal acrobatics. Matisse Pasillas named the groove and pocket god on drums, Nick Stone’s ear for arrangement and composition and playing Keys provide the foundation of the UF sound, Cole Fredrick’s funky lead Guitar and impeccable rhythm, and Chris Trimmer on Bass, the band calls ‘the Trimdog of Jazz’.

UF is excited to be releasing songs in 2022, all produced with multi-platinum Grammy producer, Dem Jointz of UMUWWA.
“Our fans come to see us for unique and curated show. We also play many shows a year to support our favorite local charities and organizations in Los Angeles and the surrounding areas. Follow us on Spotify, undecidedfuture.com, Reverbnation, Instagram, BandsInTown, YouTube and all other social media.”
*Former winners of 2014 OC Music Awards “People’s Choice”, 2015 and 2016 Battle of the Bands LA. CBSLA Voted “Best Up & Coming Bands to Watch” in 2014 & 2016.
UNDECIDED FUTURE is available for booking at: undecidedfutureinfo@gmail.com 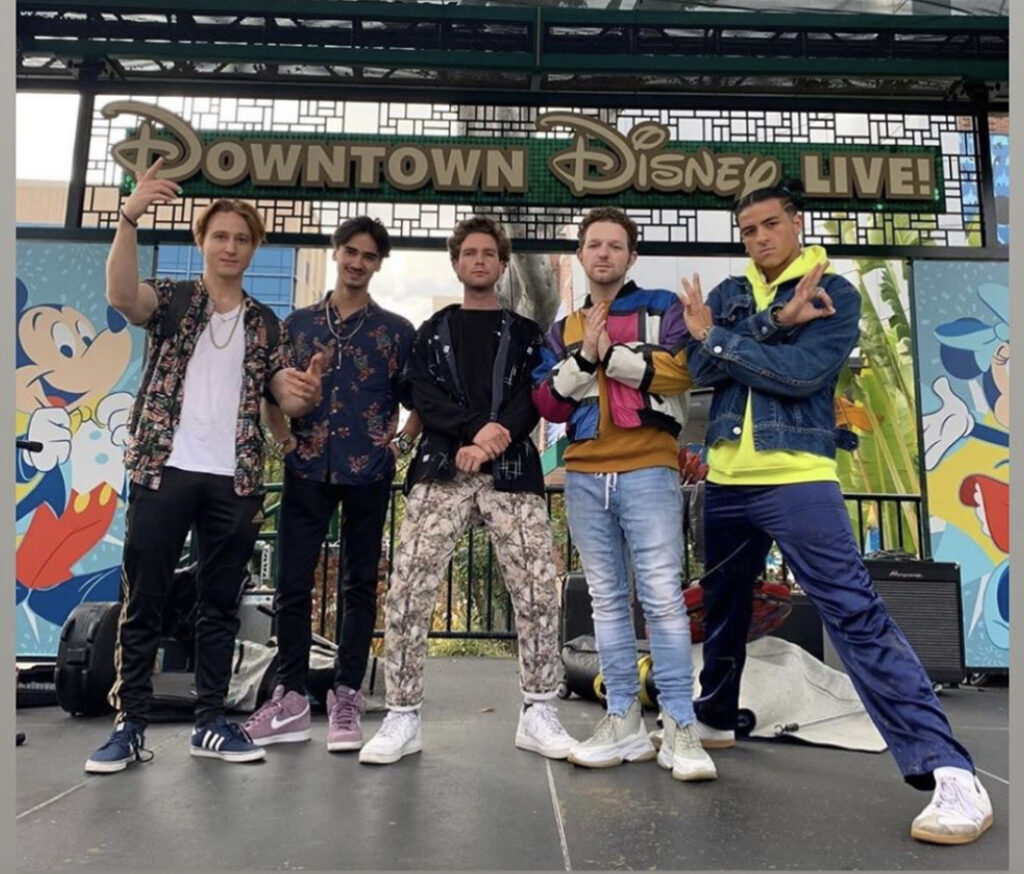